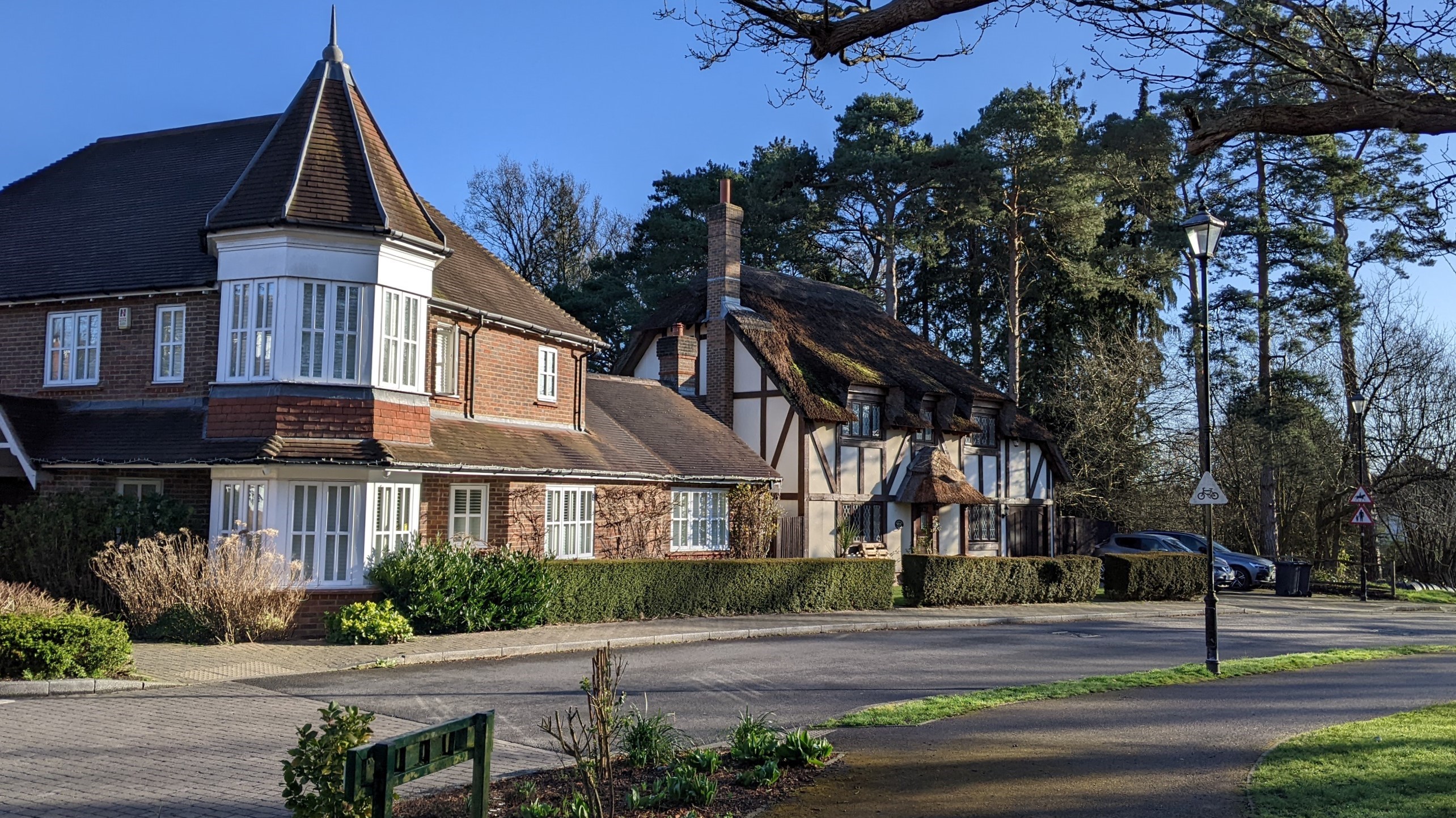 Here at Aworth Survey Consultants, we have provided surveying support to housebuilding projects throughout the UK, as well as more locally here in Sussex.

This year, the Bolnore Village development, near Haywards Heath in West Sussex, is celebrating the 20th anniversary since its Phase 1 completion. Bolnore was designed as a new village, nestled between the ancient woodlands of Ashground and Bolnore Woods.

In many ways Bolnore was a turning point for housing developments at that time, as its lead architect, the late Alex Russell from Omega Architects said, he wanted to ‘make Bolnore into a new village showcasing various architectural styles from across Sussex rather than a drab housing estate’.

The Bolnore Village project comprises of 1500 homes and a village centre containing shops, a primary school and commercial premises. The village includes other local amenities including a skatepark, many play areas and community gardens to enhance local facilities.

The Woodside (community hall) built in 2014 on the ‘Tim Farmer Recreation Ground’ has now become a hub of activity for both Bolnore residents and those beyond the village. Enjoyed by a wide range of groups including local football and netball clubs, pre-school, Grace church, Scouts and many more.

Aworth Survey Consultants were appointed by developer Crest Nicholson back in 1988 to provide surveying services, notably topographical surveys, setting out and as-built surveys at each phase.

The Sales and Marketing Director for Crest Nicholson South said: “We are very proud of the community we created at Bolnore Village. The enviable village location coupled with its proximity to excellent transport links, proved the development very popular with families, first time buyers and those looking for a bigger home.”