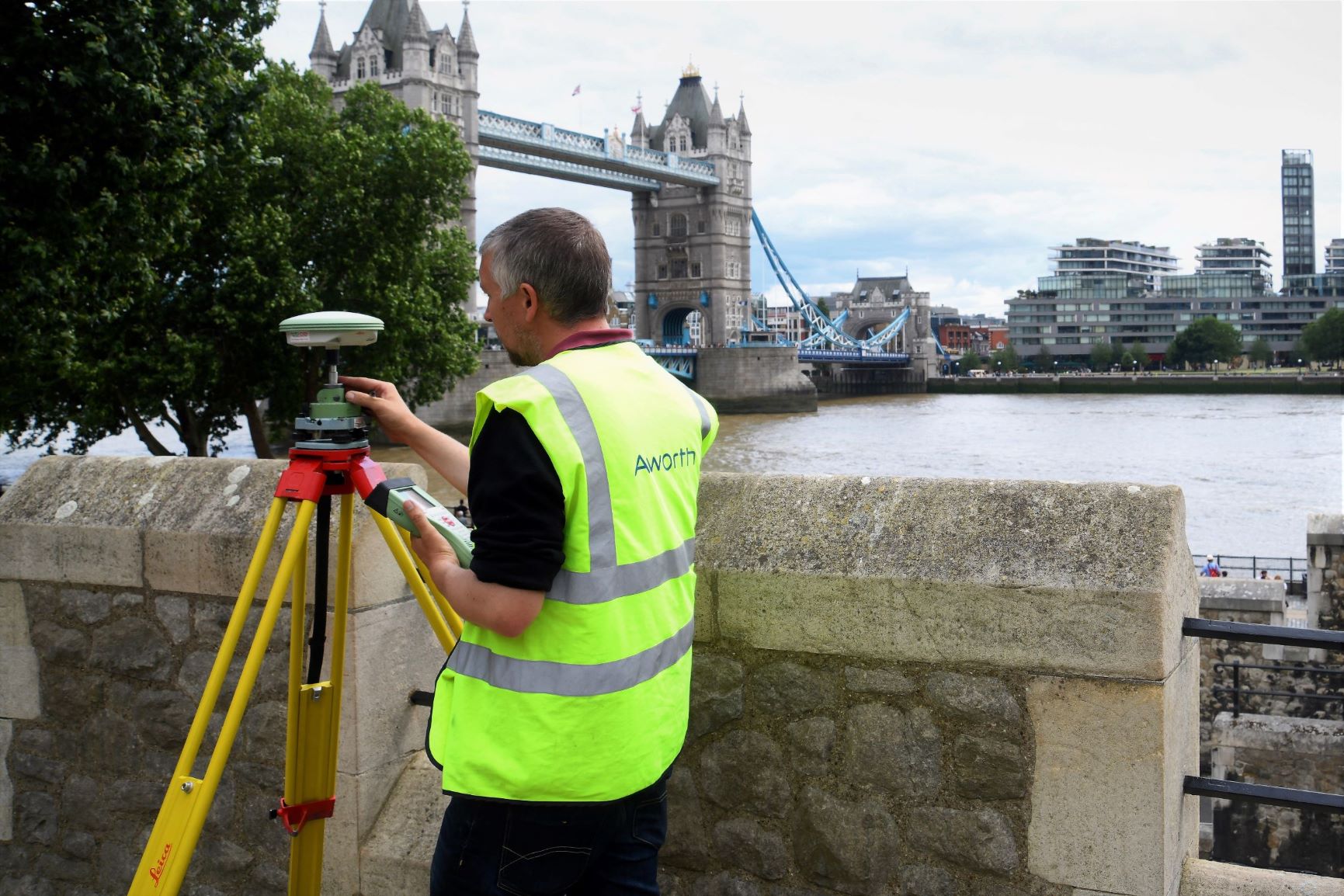 Terry Harmer recently celebrated 20 years with Aworth Survey Consultants, having joined the firm on 12 July 1999 as a Trainee Land Surveyor. He came onboard straight from college, after completing an HND in building studies.

Today, as a Senior Surveyor, Terry’s role involves producing measured surveys of land or buildings and mentoring junior members of staff. He works on a wide range of projects, ranging from small residential surveys to large town regeneration projects, while he also covers for the project manager and the maps department when required.

Asked why he was drawn to surveying as a career, Terry says:

“I wanted to work outdoors and I have a good mathematical brain. I enjoy problem solving, which is useful for working out how, and if, it is physically possible to survey some sites. I really enjoy the variety the job offers me, particularly the different sites I get to visit – I could be knee-deep in mud one day and in a posh Kensington flat the next.”

After two decades with the firm, Terry says that there are a number of factors which set Aworth Survey Consultants apart from its competitors, particularly that the quality of work the firm produces is ‘far better than the majority of our competitors’.

When he’s not at work, Terry enjoys DIY, days out and socialising with friends.