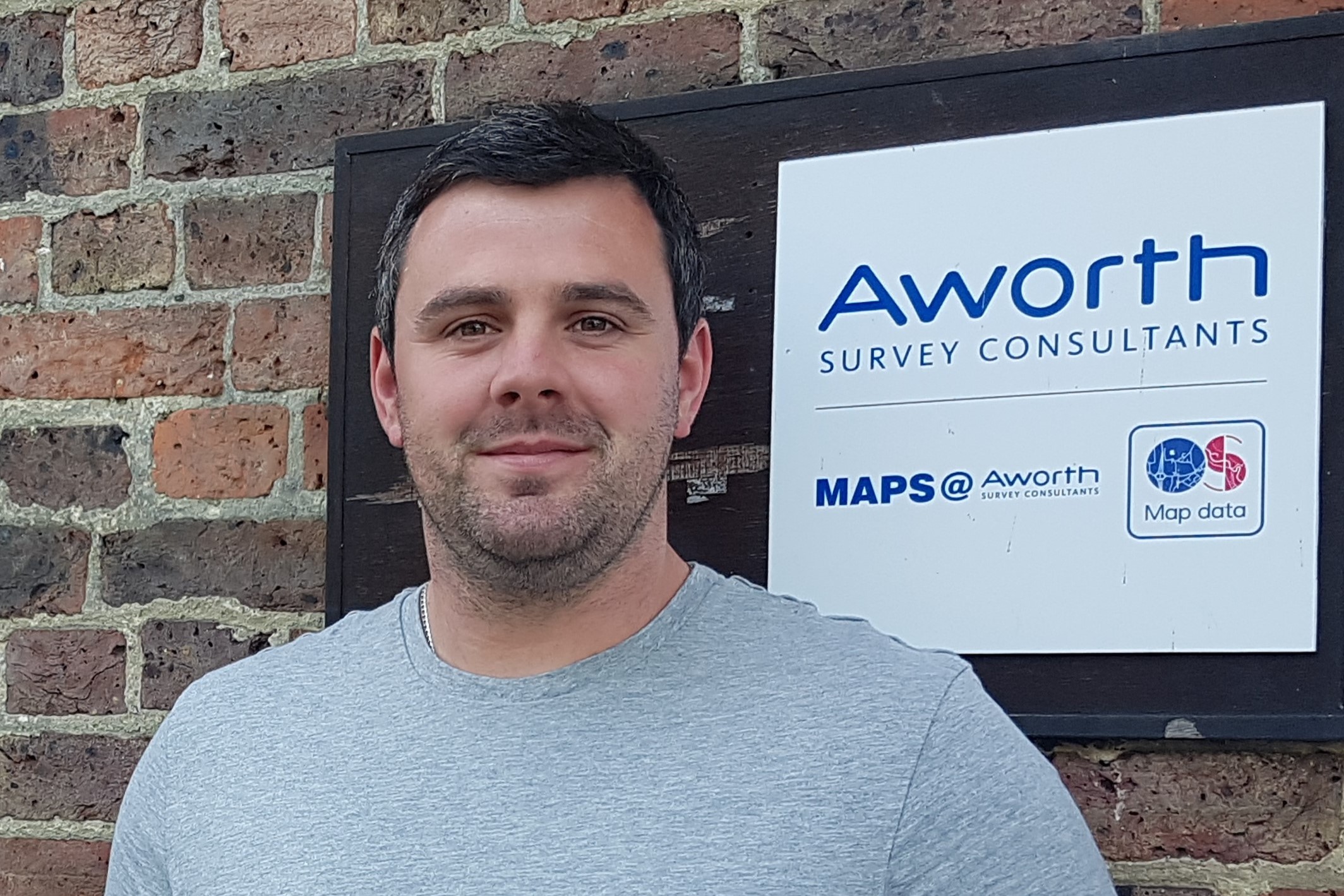 Surveyor Tom Jordan has recently achieved his Level 3 Diploma in Engineering Surveying – a qualification which is aimed at individuals who are either experienced surveyors who can collect survey data from the real world to create accurate maps of existing detail, or engineering surveyors who can set out designed data from plans into the real world.

“I undertook the course to extend my knowledge and prove my general understanding of five different aspects of surveying,” says Tom. “The course is also useful in helping to obtain CSCS cards (Construction Skills Certification Scheme).”

Tom has been with Aworth Survey Consultants for 14 years and his role involves all aspects of surveying from topographical surveys to autoCAD work.

“I’m out on site probably 95% of the time, which I really like, as I’m very much an outdoorsy person,” he says. “The role has also seen me work all across the south east of England and London; it’s interesting to have the opportunity to get to know parts of London that I might not have visited otherwise. I also find it rewarding to see projects we’ve worked on from the very beginning come together as finished projects.”

Over the time he’s been with Aworth, Tom says that the technology involved in surveying has moved forward apace and he’s enjoyed learning new methods and approaches.

“I knew at that point that I wanted to get out into the world of work,” he says. “I’d found out about surveying during my geography lessons and thought it sounded really interesting – so I did lots of research ahead of my interview at Aworth. It was the first job I saw and my first interview and here I am 14 years later.”

He was brought up in Tunbridge Wells but now lives in Hampshire – after meeting his partner on a night out, which Tom says changed his life forever. They’ve now got a young son, who is taking up a lot of Tom’s spare time. He also enjoys dog walking and listening to music.