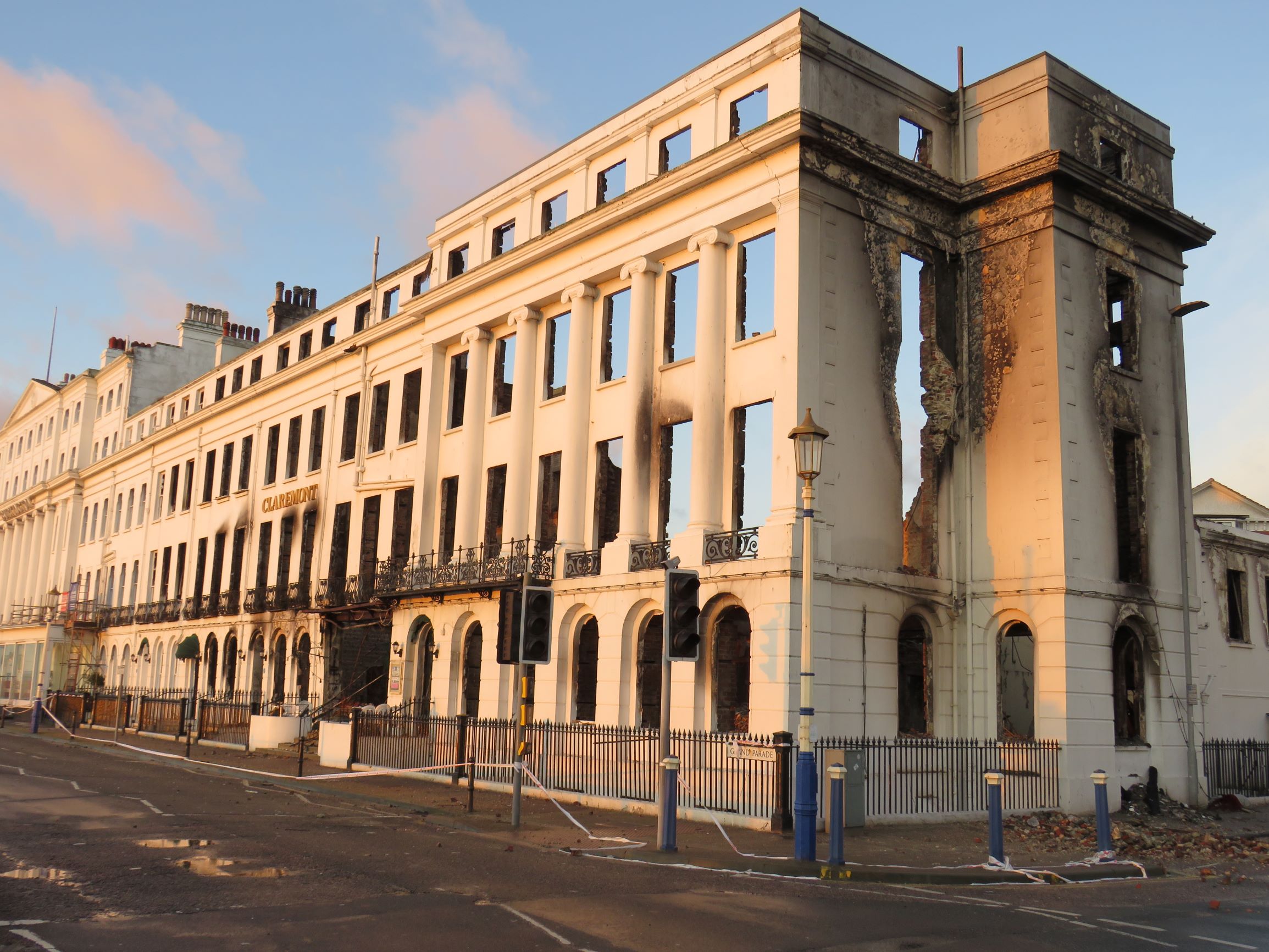 On the morning of 22 November last year, news reports came in about a major fire on the seafront in Eastbourne. The Claremont Hotel, near the town’s pier, was engulfed in flames. It was a devastating fire but, thankfully, there were no serious injuries.

The Grade II listed 70-room hotel adjoined the Burlington Hotel to form a white-washed row known as the Grand Parade. Both hotels were originally 19 terraced houses. The hotel was built between 1851 and 1855 and was described by Historic England as ‘the best series of buildings in Eastbourne’.

We received a call very soon after the fire to survey and record the site before any more of the structure potentially collapsed. Although ‘disasters’ such as these are rare, we are experienced in surveying sites such as this and recently were called to survey Lewes Castle when part of an ancient wall had collapsed. There we surveyed the site before the rubble was removed, to record exactly where the various stones had fallen, by laser scanning to a 6mm density.

“Again, the Claremont Hotel project required us to be swift in our response,” says John Witherden, Managing Director at Aworth Survey Consultants. “We were able to attend quickly and survey the site before any further parts of the building collapsed – which, indeed, they have done.”

The hotel owners have since submitted plans to Eastbourne Borough Council for the partial demolition of the hotel. Part of the rear wall of the hotel collapsed on 27 November, followed by a further collapse on 14 December.