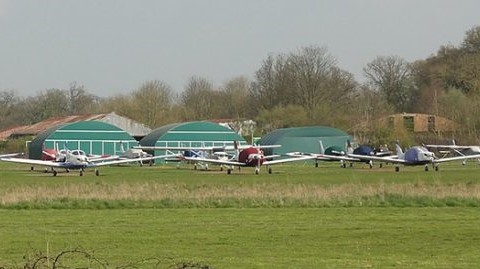 Work at an aerodrome

Over the years, we have been called in to survey many historical locations including Tooting Bec Lido, the RAC Club in Pall Mall and Covent Garden. More recently, we were asked to undertake a topographical and utility trace survey of Panshanger Aerodrome, near Welwyn Garden City in Hertfordshire.

Panshanger is a former general aviation aerodrome, which was used during the Second World War by the RAF for training purposes. After the war, it became a flying school and was, for a time, managed by De Havilland Aircraft. It eventually closed in September 2014.

There are plans to potentially build homes on this brownfield site, although there have been calls to maintain an airfield, alongside some new housing.

Today, the site is mainly flat and open grassland, with trees on the northern, eastern and western boundaries, with a housing estate to the south.

The purpose of the survey work we carried out was to accurately locate:

We were also required to produce 3D Contours to show the model shape of the site.