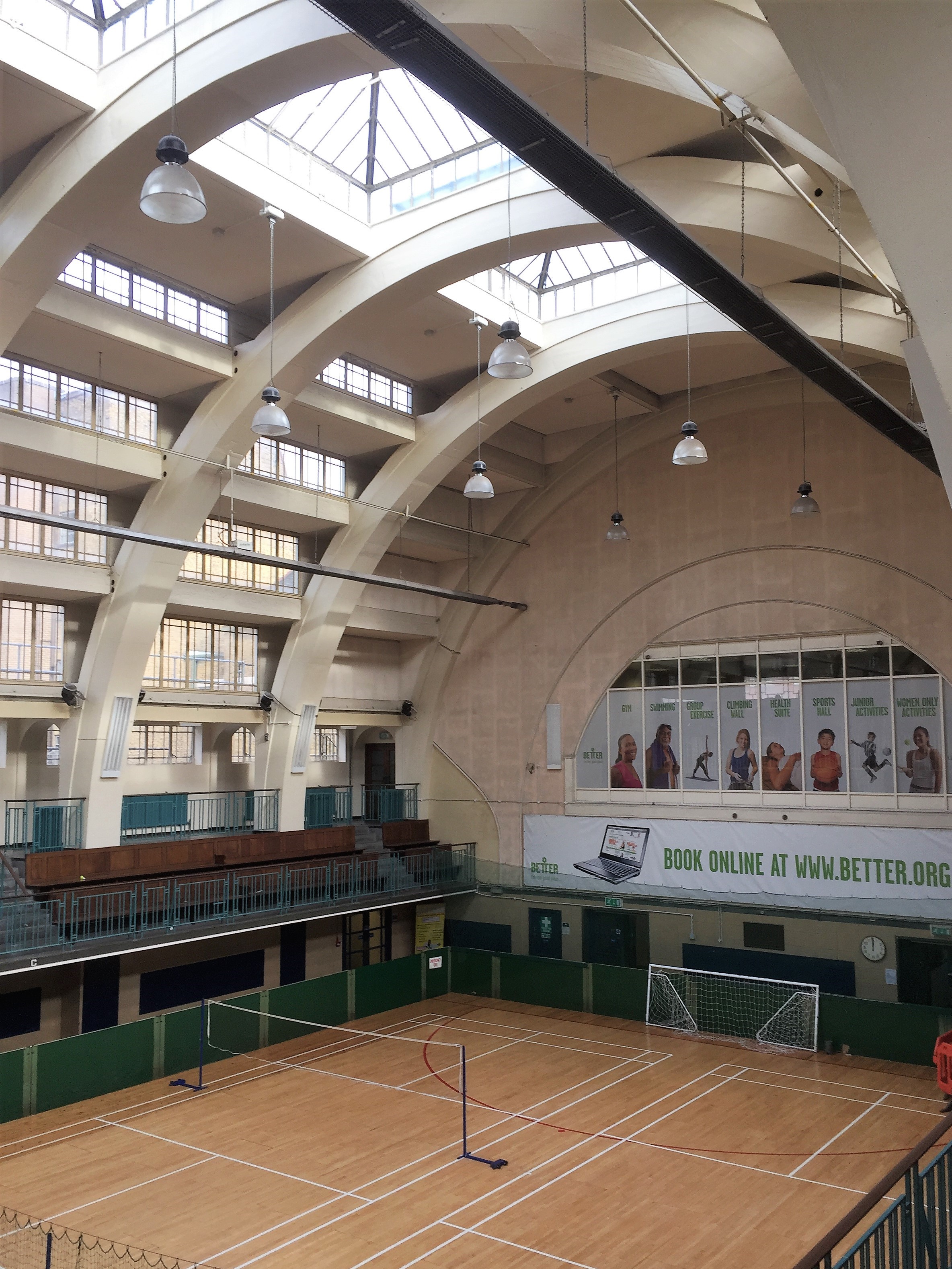 Who watched the first episode of series 3 of Killing Eve? Without giving too much away, the opening scene was set in a Russian gymnasium during the 1970s and it certainly looked like it could be Moscow at that time. However, our team immediately recognised the space as the Seymour Leisure Centre in London!

Aworth Survey Consultants surveyed the Marylebone-based leisure centre five years ago on behalf of our client Westminster City Council. The work we completed then included a full measured building survey, including area calculations and underground services.

Seymour Leisure Centre is a historic mid-1930s building, which was actually built on the site of what was amongst the first public bath houses in the country, which opened in 1849. The bath house was developed and rebuilt over time, until it was eventually replaced by the current building.

Today, the gymnasium featured on Killing Eve is a five-court sports hall, set in the heart of the sports centre. It was the venue for the launch of Team GB’s Olympic kit for Rio in 2016, designed by Stella McCartney, which was attended by athletes including Jessica Ennis-Hill and Tom Daley.