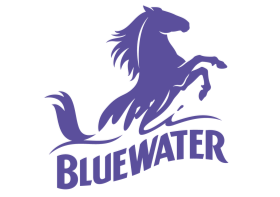 Bluewater celebrated its 20th anniversary last week. Aworth Survey Consultants’ relationship with Landsec, owner of Bluewater, goes back to before the complex was opened in 1999. In fact, the entire development, including the connecting road infrastructure, is based on our topographical and cadastral survey data.

Over the past two decades, we have continued to work closely with Bluewater, as the centre has developed. This has seen us delivering on a diverse range of professional services including land surveys, underground services surveys, measured building surveys and property measurement surveys.

Located in north Kent, near Gravesend, Bluewater was built on a former chalk quarry. The overall site stretches to 240 acres and is surrounded by 50 acres of lakes, parkland and trees. The shopping centre boasts more than 300 stores, over 50 bars, restaurants and cafes along with 13,000 free car parking spaces.

Bluewater’s 20th anniversary was celebrated in style on Saturday 16 with fashion workshops, food and drink tastings and a performance by the Rock Choir. The special week also saw the hugely anticipated opening of Primark, a project which Aworth Survey Consultants has also been involved with.

We undertook an as-built measurement survey of the new shell store for handover to Primark from Landsec to ensure delivery of the proposed unit met with the design plans. Additional work included as-built GIA/NIA Lettable Area Calculations of the unit to quantify the useable space in line with RICS Property Measurement.

“Huge congratulations to Bluewater on celebrating its 20th anniversary,” says John Witherden, Managing Director at Aworth Survey Consultants. “We are very proud of our long relationship with Landsec and Bluewater. It was such a prestigious and exciting project to work on at its inception and it’s great to have had our expertise called upon over the years as the shopping complex has developed.”